Village of Arts and Humanities

From March 20-25, Mixes from the Field enjoyed a week working with students at the Village of Arts and Humanities. We enjoyed their creativity, listening insights and dedication to getting a sonic work begun and in some cases completed, for some of them for the very first time.

Some of the topics we touched on:

This work and composer residency was sponored by American Composers Forum, Philadelphia Chapter.

We had set up three stations in the classroom of the Village of Arts and Humanities. After a bit of getting to know one another and to start the afternoon, Michael asked us to listen to our sonic environment for a couple of minutes. The students described the highlights of what they heard and the thoughts that their sonic environment triggered. We also discussed their personal desires and goals for the course.

Then they set to work at three different stations where they could explore:

Sharon started with a guided meditation on sound waves, the structure of the ear, and how each individual has a unique capacity to hear and listen.

Michael then gave a brief introduction to Audacity, and the students got to work developing short, clean “samples” taken from the material they had recorded the previous day. They also learned how to give creative and descriptive titles to their files. We ended the afternoon by collecting and listening to some of the samples. 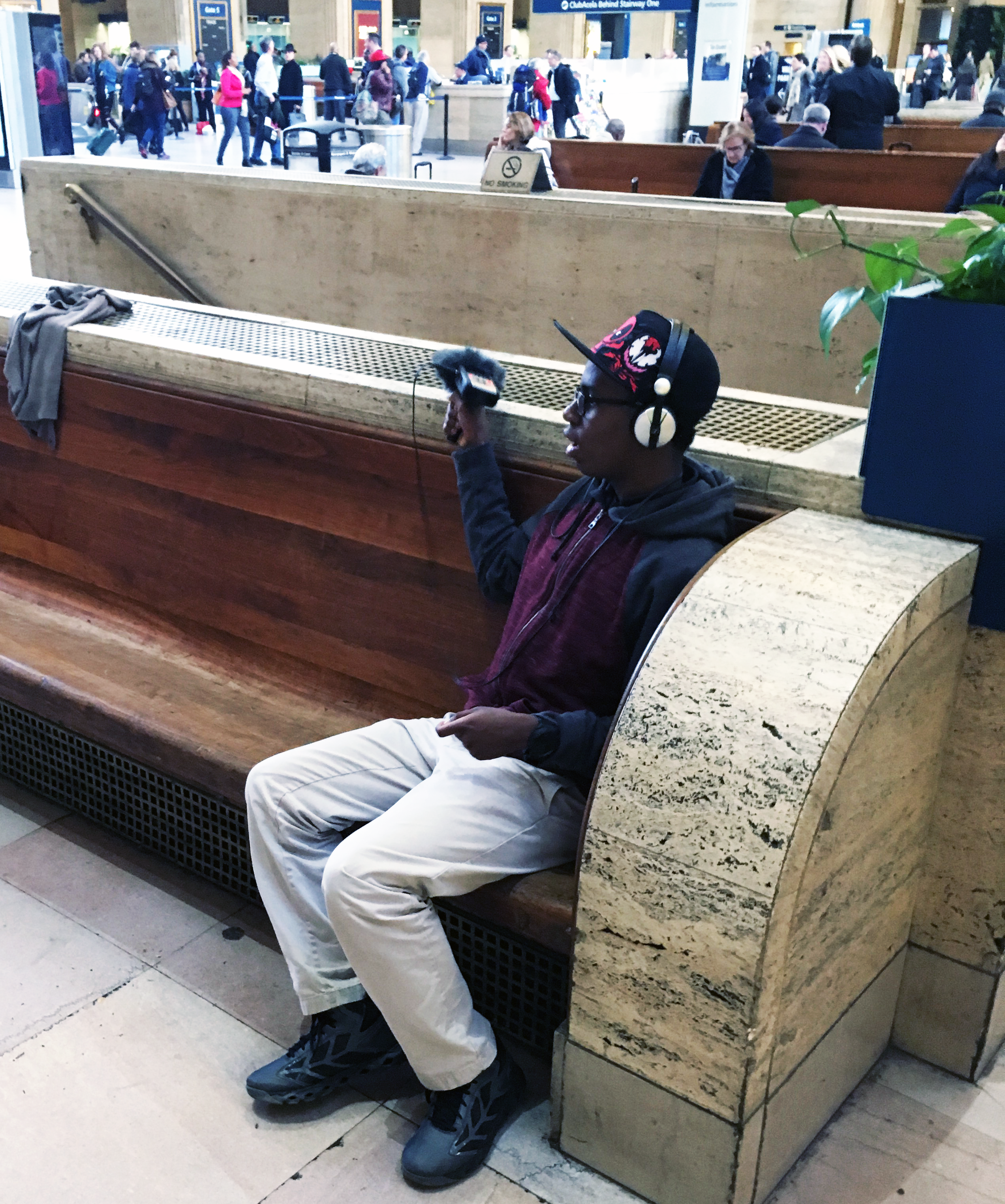 Field recording field trip 30th Street Station and Cira Green. Using the Zoom H4n and H6n as well as the TASCAM DR-05, the students first took a 5 min introductory walk around the station on 30th Street in Philadelphia. They also made recordings in a stationary position of choice as well as a 3 min “sonic narrative” in which they followed their own inner storyline and trajectory to create a 3 min no-cut recording. One of the students said it was her first time at the station, and she was obviously intrigued by the sights and sounds of this fascinating acoustic space.

We then went across the street and up the elevator to explore the rooftop urban park called Cira Green at Cira Centre South. It was quite windy, but we were able to listen to the sounds of the city at 95 feet above street level. 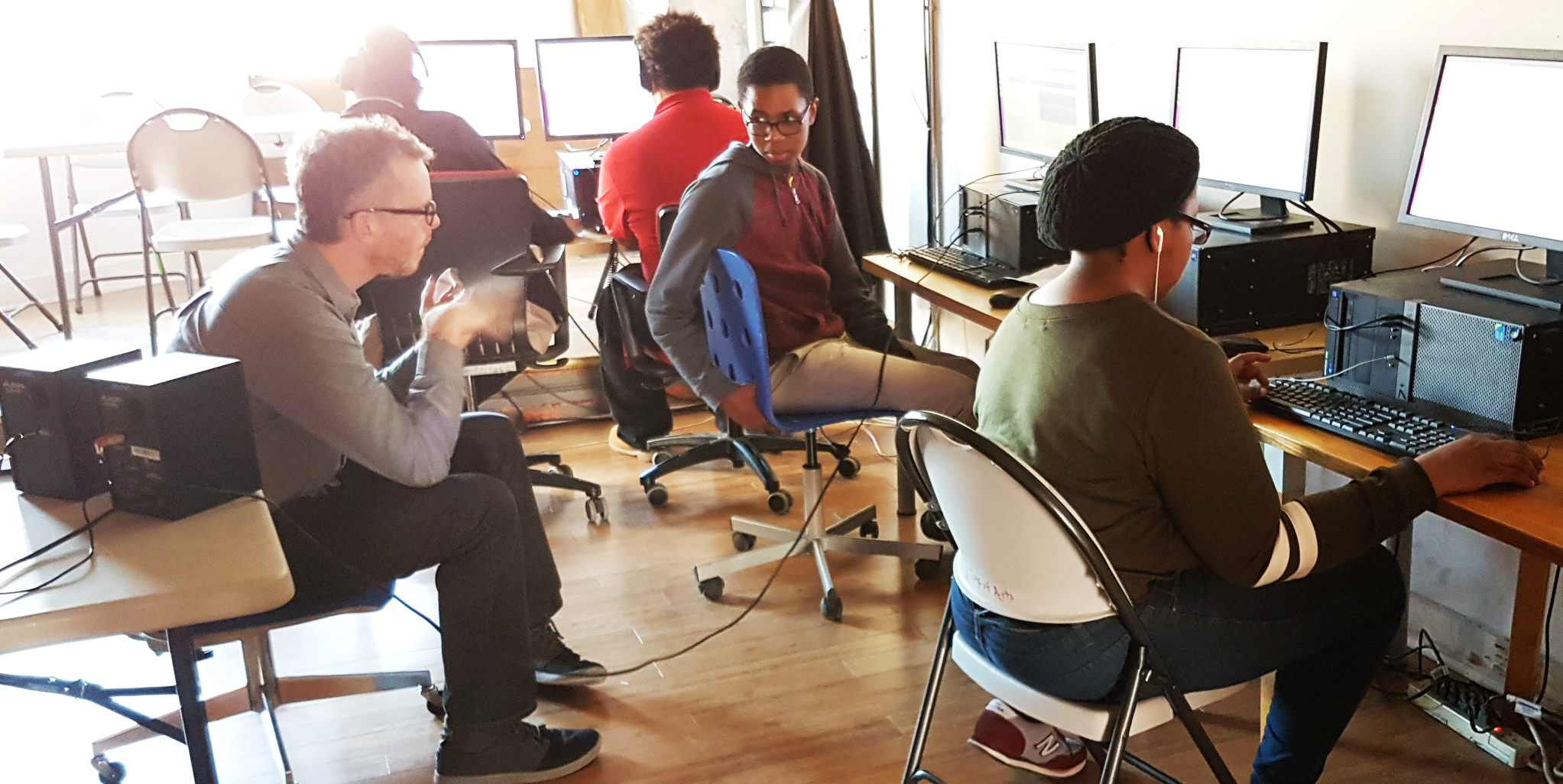 We began by listening to and discussing some recordings made at 30th Street Station. One of the students discussed their sonic narrative and how that was shaped within their recording. (Chris’ story about person in the restaurant: a large sonic disruption took place!)

Following this listening and discussions, the students began working further on their compositions, this time using a field recording made the day before as the basis for their work.

A few students stayed after the session to spend some minutes sitting outside and taking in the sounds of the neighborhood around the Village.

Each student had a chance to try out the parabolic mic set-up for 5-10 minutes outside. The rest of the time they worked on finishing off their compositions in Audacity, rounding off with listening to each other and collecting their sonic works. 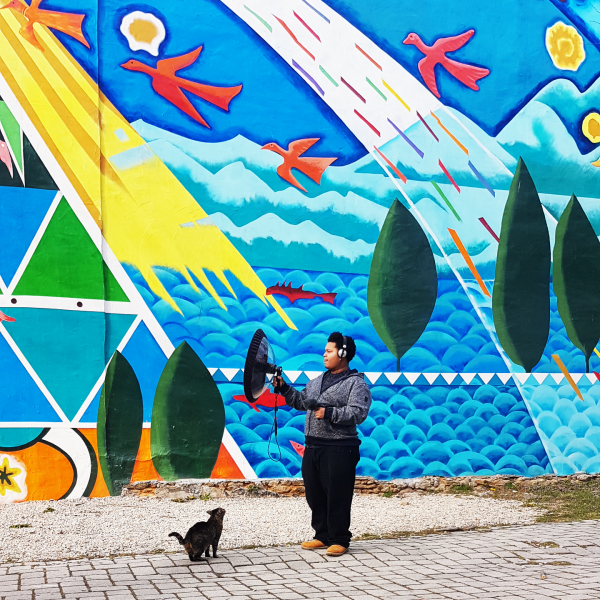 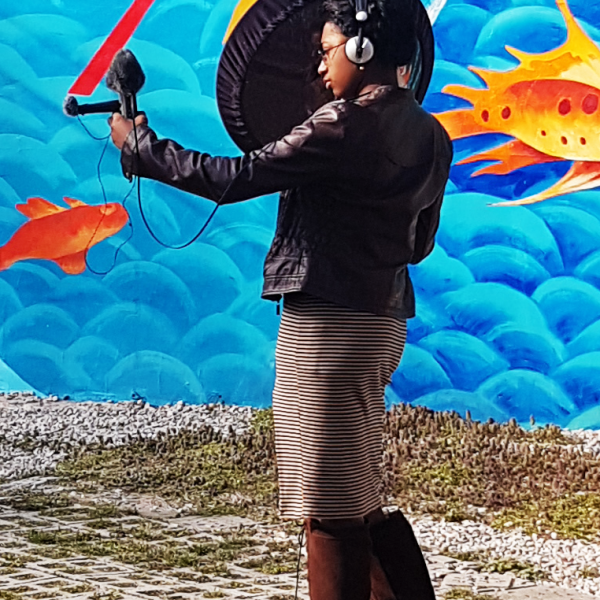 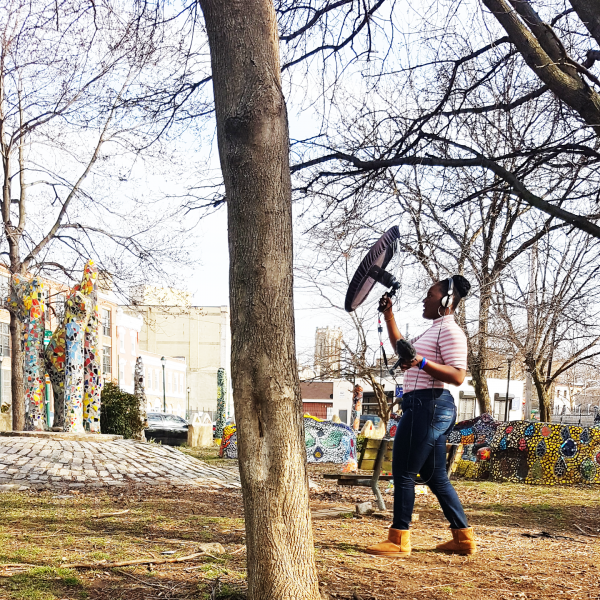 Mixes from the Field 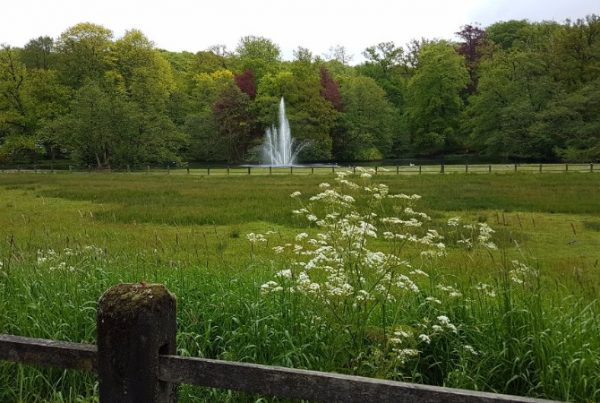 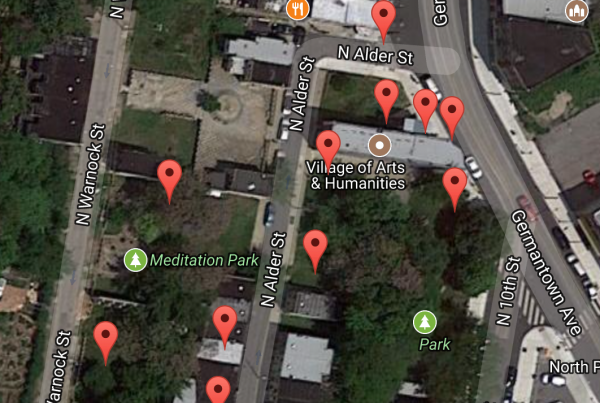 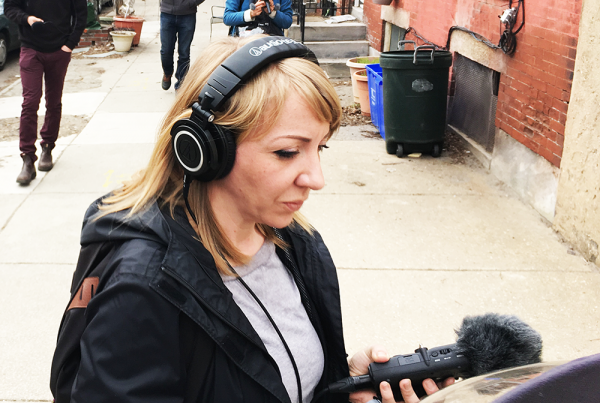